I bet when you woke up this morning, even before you opened your eyes, you knew where all of your limbs were. You didn’t have to look at, or try moving them, to feel their presence. This is because you have the power of proprioception (it’s also sometimes called “kinesthesis”). Because it’s a sense, just like hearing and seeing, you can have mental imagery specific to it. That’s what motor imagery is—just as visual imagery uses the same brain areas as visual perception, motor imagery tends to use the same brain areas responsible for moving your body. Imagine putting your hands together in front of you. Now imagine straightening your legs out, then spreading them. Although you might have a visual image accompanying this motor imagery, they’re not the same, and they don’t necessarily come packaged together.

With his 1855 treatise The Sense and the Intellect, Alexander Bain was the first scientist to suppose that the body responds to visual imagery similarly to how it responds to the things we actually see. But the idea did not enjoy further scientific attention until 1931, when Edmund Jacobson studied mental imagery and related them to subtle muscle movements. More recent studies, using modern brain imaging techniques, show that what distinguishes actual and imagined movements are the inhibitory signals sent from other parts of the brain to the motor system. That is, actual and imagined movements involve the same brain activity, but in the case of imagination, there’s another part of your brain that stops the message from reaching your muscles.

Because so many of the same neural and bodily areas are activated during motor imagery as actual movement, it stands to reason that mental practice can complement physical practice. This is indeed what experiments show. As a Frontiers in Human Neuroscience paper, published in June, put it: “There is now compelling evidence that motor imagery promotes motor learning.” When you imagine exercising, your breath and heart rate actually increase. Mental practice is one of the few effective performance enhancing activities. For example, doctors who mentally practice before engaging in a virtual-reality surgery outperform those who do not. One study, by Rutgers psychologist Robert Woolfolk, and colleagues, had people simply imagine putting a golf ball into the hole before they took their shot. The people who imagined making it had 30.4 percent more successful putts than those who did not.

Imagination is a form of self-deceit—a good portion of your brain reacts to your motor activity in the same way, whether the muscles are moving or not.

As you might imagine, mental practice is most beneficial for those activities with a strong mental component, like golf and basketball, for example, as opposed to, say, weightlifting. But that’s not to say that imagination does not help in simpler tasks—perhaps the most shocking finding regarding this comes from exercise scientist Guang Yue, who showed that imagination can even be used to increase muscle strength! He found that pinkie strength, in particular, could be increased by 22 percent just by imagine-exercising its abductor muscles at the metacarpophalangeal joint, the knuckle between the hand and the finger; that’s almost as much as actually exercising them, which increased finger strength by 30 percent.

So could you more or less “get by” by spending all your time imagining exercise from the comfort of your sofa? No. It turns out that 20 minutes is the optimal amount of time for a mental practice session, according to a meta-analysis of many physical activities. Any less or more and the practice doesn’t stick as well—mental practice is a supplement, not an alternative. Exactly why is unclear, but it might have to do with the lack of feedback from the real world, or because people find it hard to concentrate for much longer than 20 minutes.

This may be because imagination is a form of self-deceit—a good portion of your brain reacts to your motor activity in the same way, whether the muscles are moving or not. That might seem alarming, but there is a bright side: By just using our imagination, we can improve ourselves for real.

Jim Davies is an associate professor at the Institute of Cognitive Science at Carleton University in Ottawa, and author of Riveted: The Science of Why Jokes Make Us Laugh, Movies Make Us Cry, and Religion Makes Us Feel One with the Universe. His sister is novelist JD Spero.

The lead photograph is courtesy of Grigory Kravchenko via Flickr. 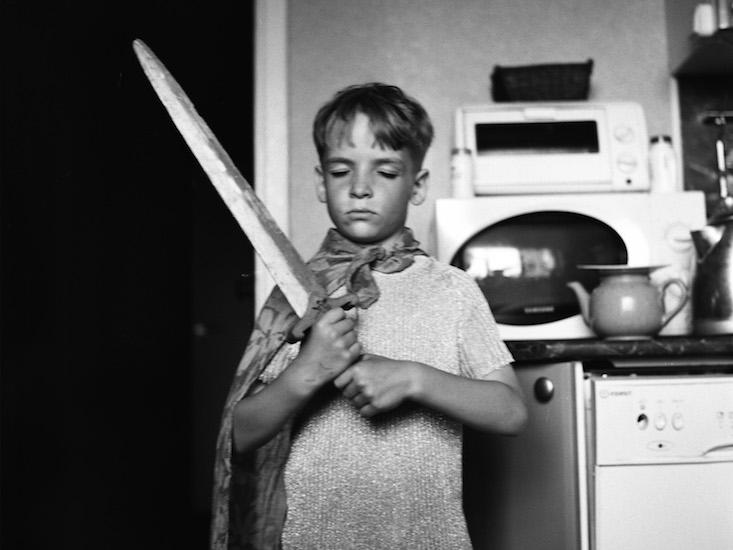 The rules of play