Every evening as the sun sets, Robb Wolf begins his nightly ritual: While his two daughters play, he slowly dims the lights, just a few lumens every 20 to 30 minutes, until the house, in Reno, Nevada, is dark. The family is asleep before 8 p.m. and awake before dawn, as Wolf imagines our ancestors were millennia ago, before artificial light interrupted our “normal circadian rhythms.”

Meanwhile, in Brooklyn, New York, Elyssa Starkman and her 5-year-old daughter read the public-school lunch menu together every morning. They discuss which items are okay to eat: yes to meats and veggies, no to grains and processed foods—a diet, Starkman says, that is more in line with what our Paleolithic ancestors ate.

She and Wolf belong to a subgroup of moms and dads who practice what they call “Paleo parenting.” Just as Paleo dieters assume a mismatch between human biology and the food culture of the postindustrial West, Paleo parents believe that modern parenting habits don’t support healthy child development. We can raise healthier and happier children, they argue, if we rear them more like early humans did 12,000 years ago. A growing repertoire of books, blogs, and workshops advise parents to feed their kids a Paleo diet, set their sleep cycles to the sun, nurse babies on demand, sleep next to them, and carry them around throughout the day.

But did Paleolithic peoples actually do these things? And are there benefits? “There is really good science to back up [some of the] claims made by people in the Paleo parenting movement,” says Alyssa Crittenden, an anthropologist at the University of Nevada, Las Vegas who studies the Hadza, a group of contemporary hunter-gatherers in Tanzania. Because the Hadza are isolated and mostly unaffected by modern industrial life, Crittenden says, they are a good model for what Paleolithic parents may have been like.

For example, caretakers probably carried babies much more than modern parents do in the developed world. Hadza mothers, Crittenden has observed, often carry their babies in cloth slings for most of the day from birth through weaning (usually 2-3 years). “There is a high degree of physical contact and an immediate response to crying,” she says, resulting in shorter crying bouts compared to Western babies.

And Paleolithic mothers probably shared the parenting load. In a sample of 69 Hadza children age 4 and younger, Crittenden found that only three babies were held solely by their mothers throughout the day. The rest were periodically passed to a relative or neighbor. On average, each child had two caregivers besides their mothers, freeing Mom to do other things, including caring for herself or another child. This kind of cooperative care also shows up in half of primate species, says Sarah Hrdy, a professor emeritus of anthropology at the University California-Davis, suggesting that the practice has deep ancestral roots.

It’s also likely that Paleolithic parents slept in the same room as their children, a common characteristic of most hunter-gatherer populations, Crittenden says. Western families traditionally avoid this practice, known as co-sleeping, but there is some evidence that it can lead to more well-adjusted children, says James McKenna, an anthropologist at the University of Notre Dame, who has observed benefits to these “ancestral patterns” in his sleep clinic. “The co-sleepers were more calm, more frequently able to solve problems by themselves, and more willing and able to meet new children,” he says.

So would society be better off if more parents took the Paleo approach? Probably not, says Marlene Zuk, an evolutionary biologist at the University of Minnesota and author of the book Paleofantasy. She is skeptical of holding up the Paleolithic lifestyle as an ideal model. Parents shouldn’t think, “‘Oh no! If I deviate from the ideal, then my kid will grow up and be a psychopath’,” she says. Such assumptions, she argues, ignore the reality that the human brain and body are incredibly adaptable. “There’s lots of flexibility.”

Regan Penaluna is an editorial intern at Nautilus. 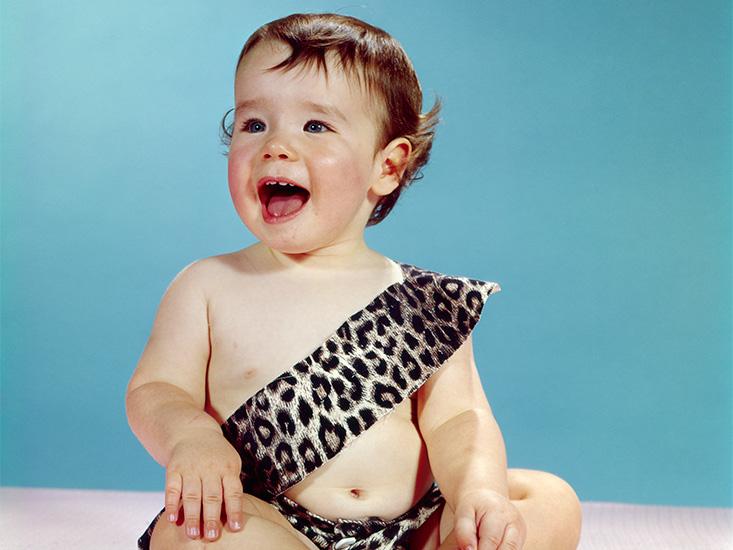 All that you can’t see